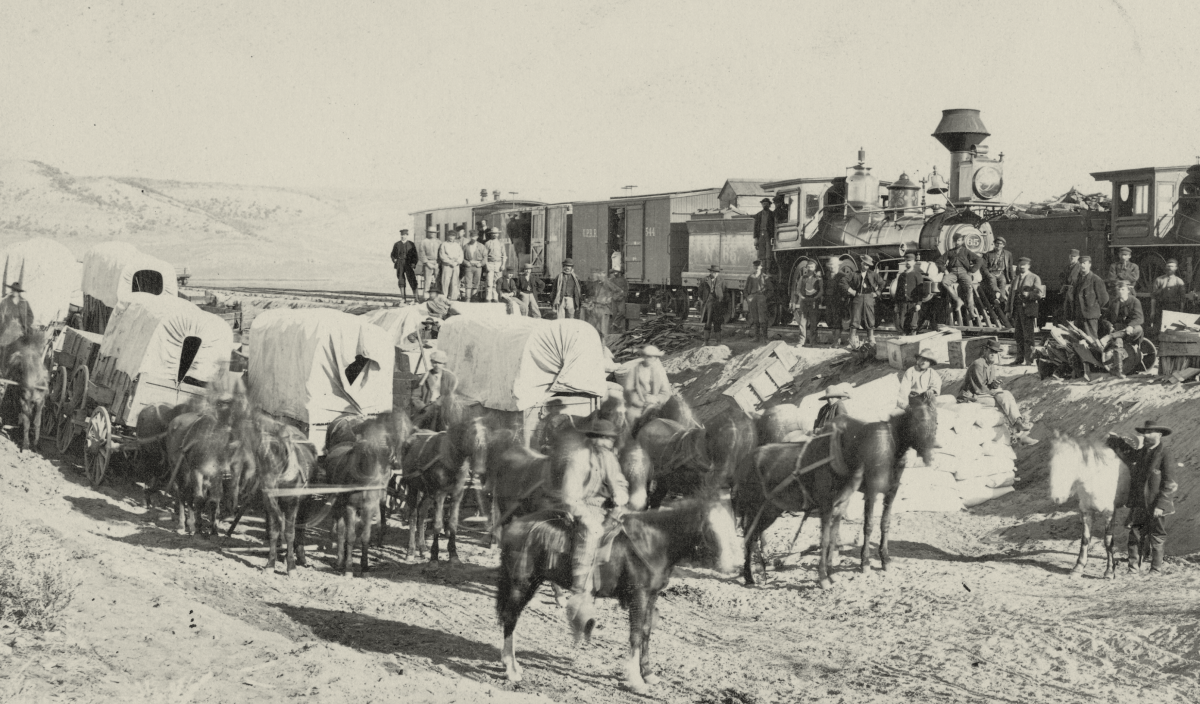 What did the tapping of the “last spikes” into the final tie represent?

The transcontinental railroad tells a story of human ingenuity and labor. Building the railroad not only required massive amounts of funding but human capital as well. The famous “champagne toast” image at Promontory Summit is one aspect of this story, while the reality is that the building of the railroad required many hands, most often by those of immigrants, who dealt with racial and ethnic discrimination while facing challenging living conditions.

Who built the railroad?

Immigrant groups, predominantly the Chinese and Irish provided labor for grading and for laying track and ties.  A small number of Civil War veterans and others also assisted.  A contingent of members of The Church of Jesus Christ of Latter-day Saints performed grading as the railroad neared the Utah Territory. The labor was difficult and dangerous; workers, particularly the Chinese and Irish laborers, faced back-breaking work, exhaustion, and at times death. The first transcontinental railroad was completed through their tireless efforts.

To curve rail, two rails were placed on the track about 25 feet apart. A rail was laid on its side and six men stood on it. A man with a heavy hammer would start at one end of the rail. As each of the men stepped off in succession, he would strike the hammer, moving gradually down to the other end. The weight of the men gave spring to the rail in this curving method. After the rail was bent, it was placed on its base and curvature tested with chord. It was hammered, as necessary, to even the curve.
Courtesy of the Utah State Historical Society