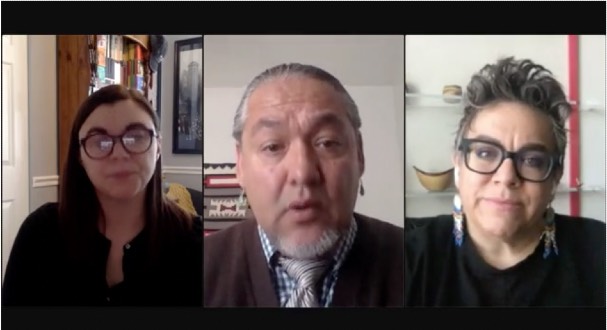 Mascots have become a hot topic — again — because of the Washington NFL team losing its Redskins moniker. Locally, a push to stop high schools from using the Braves mascot is gaining momentum, especially in Bountiful (North Summit is also the Braves). Last year, the Cedar High School mascot changed from Redman to Reds.

One of the issues with a mascot such as Braves is it encourages students and others to dress up in Native American regalia or painting their faces red.

“We can compare it to what we called black face in entertainment. It’s not accepted for the majority of people, and it shouldn’t be accepted for Native American cultures,” Jansen said.

In Bountiful, the opposing teams entrance is called the “Trail of Tears.”

“When we start naming things after historic events, we delegitimize that event. The Trail of Tears was a horrible event for the southeast tribes … to equate on the same level as a game is not the most respectful thing to do,” Jansen said.

While he understood the connections many people have to their school mascot — some Native American alumni of Bountiful have spoken in support of the Braves — Jansen said mascots shouldn’t be based on racial stereotypes.

“We have to ask ourselves if that is how a community of people want to be represented,” he said. “Native culture shouldn’t be linked to a mascot at a high school. My identity as a person, as a Native American person or a member of a Native American community, doesn’t depend on whether I’m being honored at a game.”

The other panelist, BYU professor Roni Jo Draper, said it’s important to think about the impact on native students where these mascots exist.

“We have to consider their experience when they see those depictions carried out in a sort-of mocking kind-of-way,” she said. “It’s cruel. It has no place at an activity that is promoting sportsmanship.”