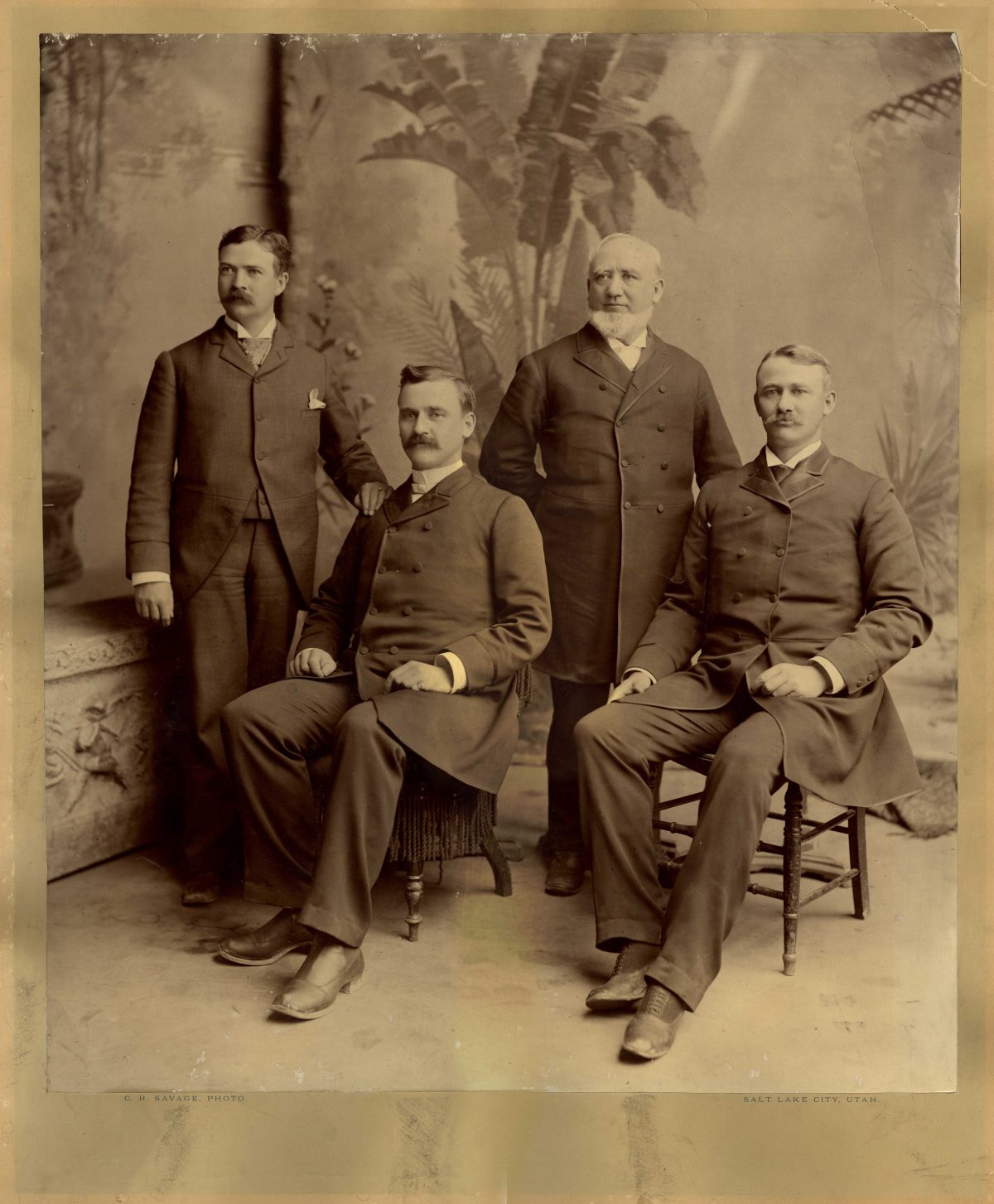 Podcast Introduction: Keep in mind that on January 4, 2021, Utah will enter its 125th year as a state in the union (1896-2021). This was no small accomplishment, as it took the Territory of Utah forty-seven years to be granted equal status among the previous forty-four states. When the deal was finally closed for Utah, perhaps no other individual was more responsible for this accomplishment than George Q. Cannon (1827-1901). In this podcast historian Ken Cannon discussing GQC, his early life, his building of Utah’s largest 19th century media apparatus (newspapers, magazines and books), his years serving Utah in Washington, D.C., and how the Mormon patriarch closed the deal in making Utah the 46th state to join the union.

Perhaps equally as important, and a bit more eye catching, are the related accomplishments of Cannon’s three oldest sons, John Q., Abraham H., and Frank J.; all of whom played vital roles in Utah’s last ten years toward statehood. One as polygamy stalwart in the LDS Church’s Quorum of the Twelve Apostles (Abraham), one as Utah’s first senator, followed by becoming the most damaging anti-Mormon campaigner in the early 20th century (Frank), and finally, the oldest son (John), groomed to replace his father, but instead fell out of grace in a post Manifesto adulterous relationship that ended with the death of one of Mormonism’s most promising young woman’s leaders.

As a Cannon family member, Ken Cannon—who is a decedent of three family lines—has taken an honest historical aim at GQC and his three sons, offering a detailed and candid assessment of both their noteworthy accomplishments (both in Utah and in the nation’s capital), as well as their solicitous and publically embarrassing actions. Actions that only scions of one of Mormonism most powerful leading families could have done, and to a lesser or greater degree, gotten away with.

Cannon and Westwood also discuss Cannon’s work at unlocking the 140 year mystery concerning the famous yet little understood photographs—possibly the most emblematic images regarding the federal response to Mormon polygamy—the C. R. Savage’s photographs of prison uniform cladded Mormon polygamists, serving time in the Utah Territorial Prison while the venerable George Q. Cannon (dubbed “the Mormon premier”) presided among them (see photograph below).

Cannon, “For Conscience’ Sake”: The Prison Photographs of George Q. Cannon and His Fellow “Cohabs” and What They Mean,” Utah State Historical Society 2020 Conference.